Fellow WSJ Story: Verdict From the GOP: Obama is Wrong

0
by Press Partners in Fellowship Blog

Verdict From the GOP: Obama is Wrong

By Khalid Khattak and Janet Hook
Published in The Wall Street Journal
May 23, 2013 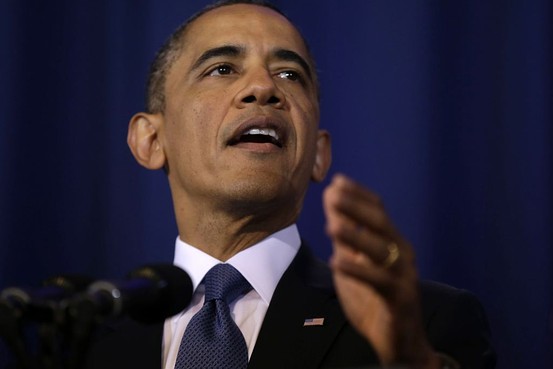 Congressional Republicans reacted strongly and negatively Thursday to PresidentBarack Obama’s proposals to close down the U.S. prison at Guantanamo Bay, criticizing the possible move as “ill-conceived.”

They also panned his proposal to eventually repeal the post-9/11 law sending the U.S. military into action.

Mr. Royce was also critical of the Mr. Obama for continuing “to mistakenly treat counterterrorism as a law enforcement issue.”

Similarly Rep. Michele Bachmann (R., Minn.) termed Mr. Obama’s law enforcement view of terrorism and national security as “deeply misguided.” She said his plan “to close down the terrorist detention facility in Guantanamo Bay and send terrorists back to the battlefield might please his liberal base, but it would harm America’s national security and send a signal of retreat in the war against radical Islamic jihad.”

What can you accomplish in a year?